Alfaz del Pi is located in the region of Alicante on the Costa Blanca. The towns history is ancient and it’s was a fortified settlement to protect against the pirates who used to raid this part of the Spanish coast. Its current name comes from the Moorish period. The Moors used to grow fruits and almonds in the area besides their metal mining industry. This small town, has now grown into one of Costa Blanca’s major tourist centers. Situated a mere 50 kilometers to the north of the Alicante airport and 130 kilometers from Valencia.

Alfaz de Pi is within a couple of hours flight from the UK Once a battlefield between Christians and Moors and now a beautiful resort. The attractive palm fringed esplanade of Albir looks out over crystal clear Mediterranean waters with the Gibraltar like Peñon de Ifach at Calpe and on the left hand size the beautiful blue domed church of Altea. The population of Alfaz del Pi rounds around 14.000 residents but thousands of Bristish, Germans Dutch’s and Norwegians flock here during the summer period. Many like it so much that they never leave. Besides from being an important tourist centre on the Costa Blanca, Alfaz del Pi has a thriving community and cultural life of its own. Including a sports centre, health centre and a cultural centre. The cultural centre includes radio and television studios, concert hall, and is the venue for the film festival in July, a big jazz festival in October, regular classical concerts and art exhibitions. A variety of accommodation is available. To honor the famous actors and actresses who have scooped awards at the film festival the beachfront esplanade is called Paseo de Las Estrellas. The major tourist accommodation area in Alfaz del Pi is situated around the Albir beachfront making it possible to stay more or less in one place if you want sun, beach and bars and restaurants. However if you feel for it there is plenty to see and do in the Alfaz del Pi area. Close by there is sites of historic interest and excellent shopping centers and a beautiful hilly inland. The Alfaz del Pi old town is 2 kilometers in from the coast and has a different taste to it than the beachfront in Albir. Pay a visit to the San Jose church and do not miss out to try the typical local tapas like the pebrere ofega (stuffed peppers) or the coca farcida ( pizza ) and of course the typical variants of Paella ( This region is the home of the Paella ) Alfas del Pi hosts a wide variety of restaurants and bars and street cafes. There are some Roman remains close to the beach in Albir. For local exhibitions and concerts you will find this in the Casa de Cultura (House of culture ) First week of July is the time for international film festival. If you go to the nearby Benidorm you will find the Terra Mitica theme park. There is also a sports centre including track, gym and swimming pool if you feel like burning some calories. Alfaz del Pi has one golf course. Between Alfaz del Pi and Benidorm you will find the Aqualandia wit its waterslides and more. For shopping go to the La Marina mall just outside Benidorm.

If you are looking for wild nights Alfaz del Pi on the Costa Blanca in Spain is not the place. However there are plenty of things going on in the evenings during the summer season .. Live music, concerts and fiestas but all in a more tranquil way than neighboring Benidorm only 10 minutes drive away. There are 8 fiestas in Alfas del Pi every year. The largest on is the Feast of the holy Christ during 7th to the 10th of November. At this time you will find the streets packed with music, dance, processions and cavalcades. Do not miss out on the spectacular fireworks. The Casa de Cultura hosts the international film festival the first week of July. In October a major jazz festival takes place. For other concerts and activities during your stay the best place to get information is the local tourist office. During the summer you will find entertainment live music in the local restaurants and bars. The 19th of March is the date for the celebration of the fest of San Jose. The Castillo del Conde de Alfaz is the place for an unusual but superb entertainment with “medieval” knights giving a fantastic show of expert jousting and horsemanship. The castle is close to Alfaz del Pi on the road towards Benidorm. Please observe that during the medieval supper you eat with your fingers. Wash your hands before going! 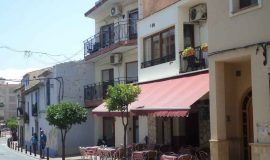 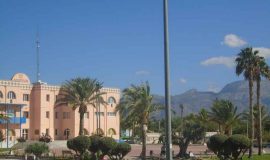 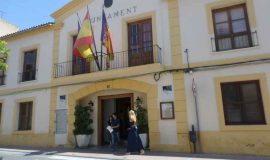 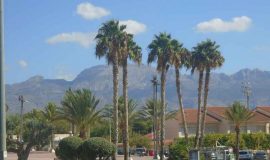 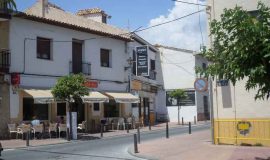 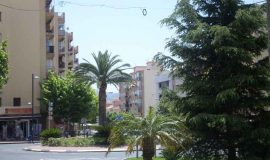 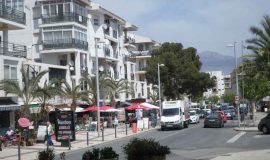 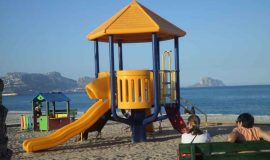 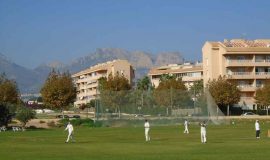 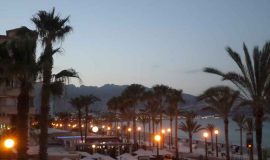 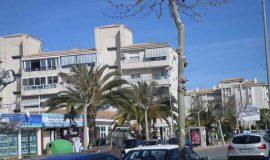 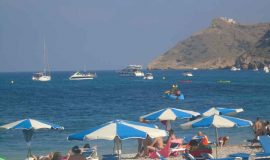